Skip to Content Jump to Main Navigation Skip to Search 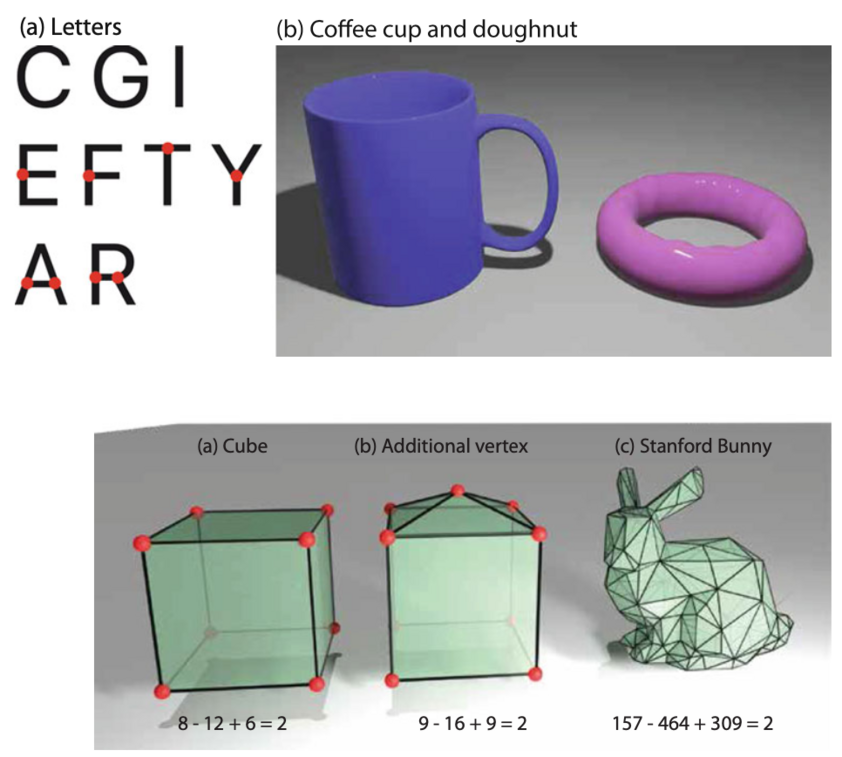 Compared to geometry, topology is a relatively recent field of study. It emerged only in the eighteenth century based on the pioneering works of Leonhard Euler and Gottfried Leibniz, but became quickly an important and independent field of study (e.g., Earl 2019). While geometry is the study of objects in space, topology is the study of how objects are connected, in a more abstract point of view. In geology, these relationships are often derived from geological events in the local history – e.g., sedimentary deposition, magmatic intrusions, metamorphic overprinting, or deformation in tectonic events. Note that these relationships between surfaces (2-manifolds) are low-dimensional topologies. A simple general example is the connectivity in letters of the alphabet (Fig. 1a). The letters in each row (with this specific choice of font) can be trans-formed into each other by stretching and bending of the line segments. In topology terminology, the letters in each row are homeomorphic to each other. Note the important difference to the geometric term congruence: the letters cannot be transformed into each other through a combination of translation, rotation, or reflection. The important difference between the letters in each row is the number of T-junctions, highlighted with red dots in Fig. 1a: these junctions denote a fundamental difference between the letters that cannot be removed through processes of stretching and bending.

Another popular example is the math pun that a topologist cannot tell the difference between a coffee mug and a donut: both objects have one hole and can be transformed into each other through processes of stretching and bending, they are topologically invariant (Fig. 1b) . This type of invariance under stretching and bending has also led to the description of topology as “rubber sheet geometry.”

This abstract view of objects and their relationships has important applications in mathematics and physics, and the concepts have been applied to geoscientific investigations. Some basic principles and their applications are described in the following.